As you zip down Costa Rica’s version of the Autobahn, that short stretch of highway between Quepos and Dominical, it’s very easy to miss Playa Matapalo. Oh, I believe there’s an inconspicuous sign and a restaurant, actually a really good one, called La Langosta Feliz (Happy Lobster), but not much else.

Nevertheless hidden down at the end of a dusty dirt road is an authentic Costa Rica hidden beach. If you go there any other time than the weekend, you might find yourself, along with your accompaniment, completely alone. That’s a rare find in Costa Rica these days.

Yes, the word is out about Costa Rica. There aren’t that many “secret spots” left. I probably shouldn’t even be writing this and taking the risk of letting the cat out of the bag concerning Playa Matapalo.

To make it even better, just next door there’s another secluded beach called Playa Linda, which looks a lot like its twin brother (Matapalo), and is perhaps even more “hidden.”
There was a time when getting from Quepos to Dominical was a real chore. For years the remaining unpaved stretch of the Costanera was that roughly 40 kilometers between Quepos and Dominical. And it was one of the worst roads, to my knowledge, in the country.

You had to ford rivers, maneuver gigantic rain-filled potholes, endure convoys of trucks bringing in supplies to the southern zone, and by the time you arrived some two hours later, your car, and your person, would be literally covered in filth. Yes, it really was that bad.

But all that is no more. Now that stretch of road is a stunning and long overdue achievement, which ranks as one of Costa Rica’s best examples of trying to catch up with the rest of the world, infrastructure-wise. You can make the trek in about a half-hour or less, rather than the 1.5 to 2 that it used to take.

Many thought that the paving of this stretch would bring a huge development boom to the southern zone. That really hasn’t happened, yet.

I always thought Matapalo would surely be a prime benefactor. Matapalo is where the coastal mountain range, what locals call the fila costeña, begins to appear and hug the coastline all the way down to the Osa. That makes for some spectacular vistas. 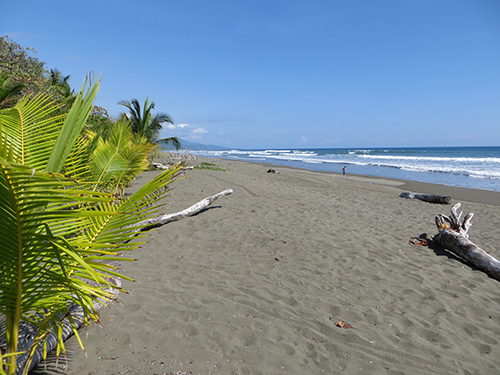 There was a group called Hacienda Matapalo that years ago tried to do a large-scale development and failed miserably when they ran out of cash. Many poor investors were taken for a ride and it was a stain on the southern zone real estate market for a time. But that’s ancient history now. 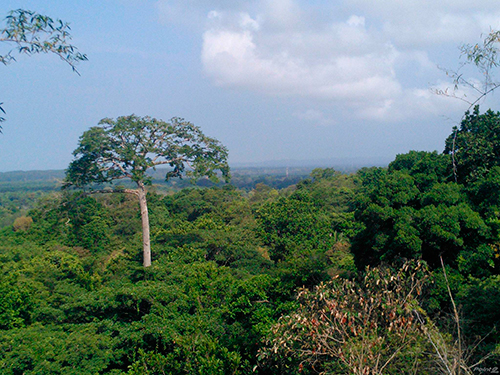 Portalon is a great expat option, if you don’t mind being a bit secluded. It’s about half-way between the busier areas of Quepos (Manuel Antonio) and Dominical. You can get up high enough in the mountain to have a nice cool micro-climate and a truly spectacular view of the southern Pacific coast. Western-facing sunset views abound in this area.

Property values are certainly less than in nearby more developed areas, like Manuel Antonio, Dominical and Uvita. And of course you’ll have a beach, Playa Matapalo (or Playa Linda), virtually all to yourself. 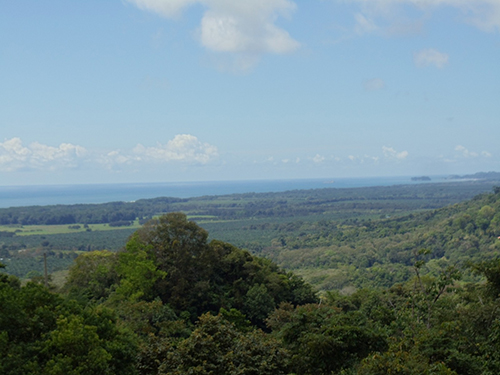 Playa Matapalo certainly has to rank high as a Costa Rica hidden beach. Many others try to stake a claim to that adjective (hidden or secluded), but few truly earn it.

Playa Matapalo Is Truly A Hidden Beach in Costa Rica