Home / Departments / Living in Costa Rica / Is Your Head a “Safe Space”? 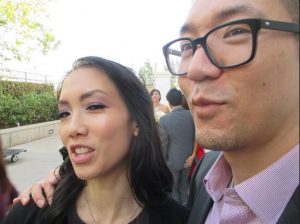 Much attention has been given to current college students’ demands for “safe spaces” – areas where they are protected from uncomfortable ideas, concepts, philosophies, and opinions expressed by others. What those students are demanding is freedom from being exposed to new external thoughts, concepts, ideas; things that dispute, and even defy, what those students internally hold as true – what they consider as undeniable and unchallengeable truth.

Everyone, at times, judges and criticises themselves. We all need some internal guidance system to help us avoid bad decisions and actions. But for some that feedback is harsh, excessive, and unfair. Crushing our positive feelings about ourselves, damaging our self-concept and happiness.

We all have an IC. Some might think of it as our conscience, and it is similar, but it is much more than that; it is a sense within ourselves with which we constantly examine and judge every aspect of our own behavior, our actions, even our thoughts. Our IC is how think of and treat ourselves. 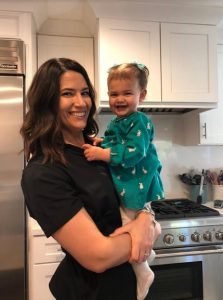 Our Inner Critic is influenced by our treatment by others; it is learned, formed by the way our parents and family treat us. Parents who are kind and patient with us model such treatment as the pattern for our own self-treatment. Such fortunate children are usually calm, confident, free of anxiety, and self-doubt. Children whose parents are demanding, critical, never satisfied, learn to be as fault finding and dissatisfied with themselves as their parents were with them.

From those teachings, our Inner Critic is developed – observing, evaluating, judging, and in the worst case condemning ourselves every moment of every day. Depending on it’s origin, our IC can be positive or negative. What I want to look at today is how a negative IC can affect our lives and how we have the power to determine which kind of reaction our IC has to inputs from the outside, etc. Learning to better handle them can help us control the impact others have on our IC.

It’s been said that for some., their heads are a “dangerous neighborhood”; a place where they are routinely attacked by their persistent, unrelenting “Inner Critic”, ever alert for the slightest misstep to condemn both themselves and perhaps others as well. 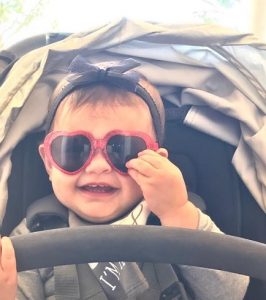 As painful as such judgements may be, some are reluctant to turn off the inner voice of their mom and dad. They believe that without that critic they would get nowhere and be no one. These individuals are often chronically anxious and depressed, trying to live up to impossible expectations, hopelessly feeling they will never be good enough. Some drown their IC’s voice in drugs, alcohol, or perfectionist work habits. Others may further develop their IC after a disastrous decision or action, believing it will protect them from repeating such mistakes. Often they fail to realize the painful emotional price such “protection” costs them.

Some of us need a different sort of safe space; one that we can take everywhere we go, available at all times, not just outside the college library. We need a safe space in the private world of our inner life; somewhere that we are protected from the merciless criticism and ridicule of our own self-judgement.

To silence that critic we need to understand how it functions. Here’s an example of how my IC was influenced by something someone said:

In just three words, she ruined my day. She said, “You’re a _____.” (Fill in the blank with the most painful possible criticism that someone can level against you; the one that hits your most vulnerable aspect of self.)

That hurt! I went over the incident again and again, not finding what I was seeking because I didn’t quite know what I hoped my ruminations should provide. Gradually, as my day became busy and I was preoccupied by other concerns, the urgency of my search declined and eventually disappeared altogether. I was involved with my day and slowly the sting of the rebuke was gone.

Until I was in bed at night.

Mentally I returned to the incident and realized I was looking for some justification for the action that had been criticized; some way to silence my Inner Critic which had the validated that woman’s criticism and judgement of me. I was looking for a defense of myself. Something that would silence the IC that said, “she’s right.” 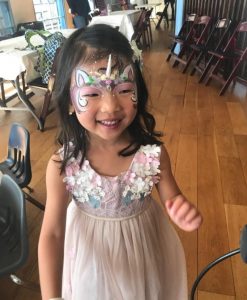 But I couldn’t find it. Because she WAS right.

And that was a blow to how I saw myself as a decent capable person. I had to own her judgement of me. It wouldn’t be honest, or demonstrate integrity, to deny it.

But she was also wrong. And I couldn’t quite say exactly how.

Gradually, I realized that she took one example of my bad behavior and in criticizing it, extended it to my entire being. “You’re a TOTAL ___________” is what I “heard” her saying. And my IC took her side.

She was right, up to a point. I was an “__________ …” in THAT moment. Then I found my safe space; I realized that I’m not like that in every moment of my life nor in every interaction. And, with that self knowledge I could accept that I did behave poorly at times – especially during the moment in question. But, I also understood that the criticism did not correctly portray who I am. It greatly exaggerated this failing of mine.

The good news? I could have integrity, self-respect, and growth by accepting her judgement of me in that moment as true. I could preserve the good parts of myself by realizing that she and my IC had overreacted and over-generalized about my character.

There was a painful-opportunity here. We all need a safe space; a way to own our shortcomings so we can overcome them and have a better sense of self and life. To avoid a HARSH Inner Critic, which does damage to some part of our sense of self, we need both: some inner guidance system which is a rational and fair judge of our behavior, keeping us in touch with our reality, and on track for a good life. A safe space where an inner supporter with an openness to the validity of the outside and inside critic, can be examined and dealt with. 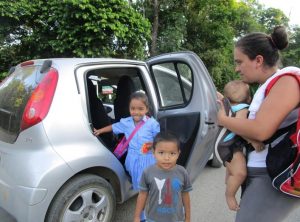 Our inner critic has validity and power because it’s correct … to a certain degree. It hits home, even if we deny that. Think about being called “an asparagus”, we’d laugh it off as silly. But when the IC is partially correct, even when it exaggerates, we accept its judgement as totally correct. Our IC accepts both its kernel of truth, and its exaggerations, as valid.

So we often need to ask ourselves, “Is that REALLY true? Am I really THAT bad?” AND, “What’s correct about this criticism? Where might I need to face a painful reality and grow?” We can productively handle inner and outer criticism by owning the part that’s true and rejecting the exaggeration.

Lest You Think the Complete Elimination of the IC is the Best Approach….

I have a friend who, to put it delicately, has trouble keeping a job. He’s lost 5 in the last 5 or so years. And it’s always someone else’s fault. He never has any role or responsibility in his own setbacks. If it’s not a “demanding, tyrannical boss who expects perfection” (those do exist), it’s “jealous, envious coworkers who sabotage me because they can’t perform as superbly as I do!”

I’ve never heard him criticize himself in any way. So he may be the exact opposite of the harsh IC we’ve been discussing. And I THINK he pays an employment and financial security price for lacking any inner feedback system.

The IC and Its Role in Relationships.

You’ve heard that we tend to see in others what we refuse to see in ourselves. Remember “seeing the dust in someone else’s eye while failing to see the beam in our own”? At those times we may redirect our Inner Critic outward toward our partner who may share – in even the slightest way – the problem we have with ourselves. Not a good plan for a healthy and enduring connection. But it does work to direct our anger and disappointment with ourselves onto our loved one-momentarily; until they strike back. Ever go through that? 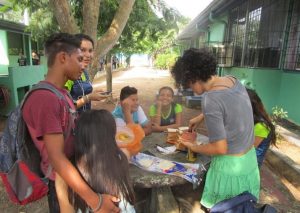 The Inner Critic originates outside us, become internalized, and is disowned by projecting on others. And it goes on until we create relationship problems that come back to haunt us in bed at night.

Finding that balance between harsh and healthy self-criticism is good for us, our partner, AND our happiness!