Home / Departments / Living in Costa Rica / Have you seen…?

As I look across the Ojochal valley to the southern mountain range, Costa Rica never ceases to dazzle me.

Most visit Costa Rica for its awesome, jawdropping beauty. Few are disappointed. But most miss an astonishing aspect of that wonderful experience: the very capacity that makes any beauty, any experience even possible. They miss the very capacity which brings everything, including, yes, the entire universe, into existence for us, consciousness.

Why do most of us overlook the fundamental basis of all perception, of all experience?
Well, when’s the last time you were aware of your awareness? 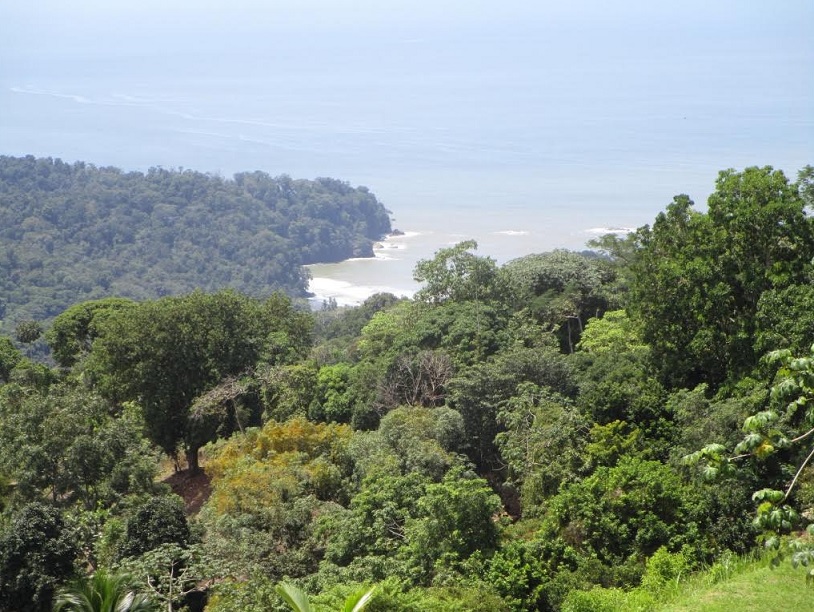 As spiritual teacher Tolle explains, we are so immersed in the contents of awareness that we’re rarely aware that we’re aware. We’re too preoccupied with our sensations, feelings, thoughts, perceptions, worries, plans, and memories that we miss the awareness that makes those contents possible.

Nothing exists for us unless it is present in awareness. We now know, there are billions and billions of galaxies outside our Milky Way. While they were always there, they were, practically speaking, nonexistent until telescopes brought them into our consciousness. Now they are in our “routine” understanding of the universe. Now they exist.

Is your reply, “so what? Yes, I’ve been heedless of awareness, but I’ve been doing OK.” Consider that being aware of being aware can make a good life better still. It’d be like spending your CR time in San Jose and totally missing Arenal, Monteverde, Osa, and the Whale Coast. It would deny yourself a most wondrous aspect of this miraculous world: We are conscious.

More profoundly, such continued overlooking of awareness will simply deny you access to who YOU are at the deepest level-the sublime sense of calm and happiness that is consciousness. Yes, consciousness includes pain and suffering and, also joy, love, and fulfillment. It can include everything, but its nature is serene peace.

The last article considered how “happiness is an inside job”. Consider now how Costa Rica, how all of reality is an “inside job” of consciousness. Now there’s an adventure of a lifetime!

Let’s go on our own “Odyssey” and realize our core being as we head back home. Not to Syracuse, Greece, like Odysseus, but our deepest level. 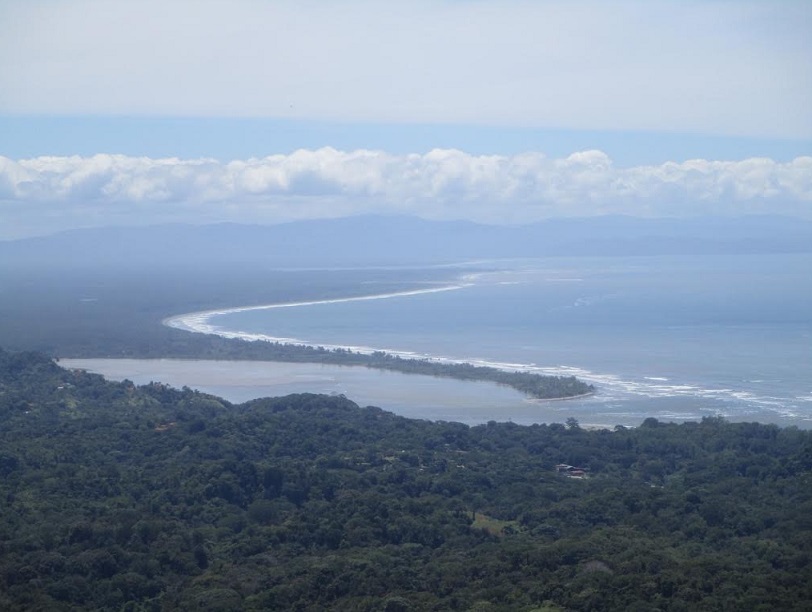 Yes, we can do it, we can go through the “Stargate” and explore an entirely different way of seeing the world, seeing experience, reality and ourselves. Hang on. It can be a real mind-bender.

In the Western world, we learn (by experience and teaching) to divide all of reality into 2 fundamental, separate, and distinct realms, variously/interchangeably called:

Westerners consider a combining of the 2 realms impossible. How can we reduce “Me/Self” to “Other/Not me”? “Mind” to “Matter”? Our common view of experience involves a world “out there” experienced by a “Me”, a “Self” “in here”. Many imagine a kind of “inner theater” where all sensory input is “viewed” by some “little man or woman” somewhere in our head. But the absolute best neurosurgeon while doing brain surgery will never ever finds the “Self”, a “Me’. Neither the “seer” or the “seen”is ever located. The brain is dark and silent inside. There’s no picture of that Ojochal mountain, no color, no bird songs, just an unimaginable complex neurological structure.

So who or what has our experience? Doesn’t seeing need a “seer”? Hearing a “hearer”?

In the Hindu, Buddhist worldview, all is one. Unlike Westerners, they see a “nondual” reality. The “seer” and the “seen”, the “hearer” and the “heard”, etc, are one. So there’s no need to reconcile 2 vastly different realms.

How could that possibly be? The world is obviously made up of an infinitesimal number of separate and different parts, elements, processes. And we continuously find more and more differing items.

As I look across the Ojochal valley at that green mountain range, I’m definitely distant, separate, and different from that mountain. It’s way over there. I’m not connected to it. And I’m here on the north side. I’m not rooted in its rocks and soils like the carpet of plants covering that highland. I’m mobile, flesh, blood, and bone, not static minerals and plant life.

Yes, that mountain and I are both based on the Cocos and Caribbean Tectonic plates. But it’s a mountain and I’m a human life form. Again, how could we conceivably be one? How indeed? 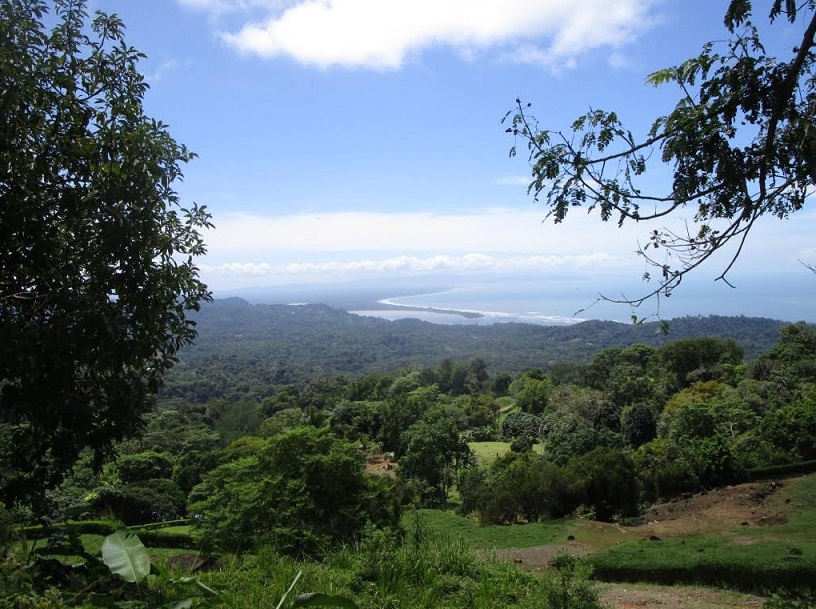 It’s All A Matter of Perception

In the “direct perception” model, the mountain I see is exactly the mountain as it is. There’s no conversion of that mountain into some human-friendly image. While in the “representative perception” model of modern neuroscience, the mountain that I “see” is actually some creation of the brain into some perception that enhances survival. The actual mountain may not look anything like the mountain we perceive. (Scientists believe that reality outside perception is all gray and blurry. The brain creates a manageable “view” of reality for us to navigate life in. Like colors-which we add to reality- help us distinguish things, improving survival.)

The rope we mistake as a snake has taught us, to our chagrin, that our senses may be fooled. But it’s better to misperceive a rope as a snake than to step on an actual snake-which could be a fatal error.

But “who” or “what” is actually experiencing either the “direct” or “representative” mountain? Many scientists consider consciousness an “emergent property” of the brain.
Meaning that the parts of the brain may lack consciousness, but coming together in the right way they produce consciousness.

Alcohol, illness, medication, and injuries definitely impact our consciousness. We can lose consciousness, or experience a blurry and confused awareness. So there is a connection between the brain and awareness. But where is it? What is it?

We experience consciousness itself (when we pay attention) as lacking dimensions, size weight, color, temperature, texture. The things that characterize material objects. One of the few things we know for sure is that consciousness almost always has some content.
As philosophers say “consciousness is consciousness of something.”

But HOW does something lacking all the features of material items interact with matter? And it definitely does. My consciousness is aware of the letter key I need to hit as I type, and my fingers hit them. Consciousness and matter do interact, but how?

Consciousness seems non-dual to us, too, when we think about it. Ever try to get out of consciousness? I don’t mean becoming unconscious. But getting beyond consciousness to whatever stimulates the experience of content? Like getting beyond the veil of blue sky and sunlight to the stars existing during daylight? 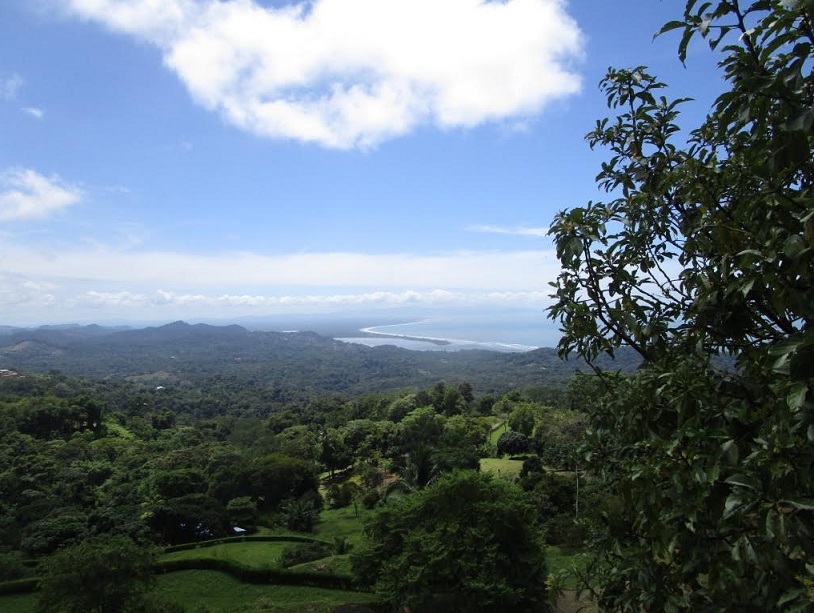 So How Am I One With That Mountain?

“I’m consciousness?” How can that be? What happened to my body?

Watch your awareness. What’s permanent? What’s passing? I’ll predict that the CONTENTS of your consciousness continuously come and go. Thoughts, feeling, etc are ever passing. AWARENESS is the only permanence. It’s rarely gone. We’re even in some sort of conscious state when we dream. During surgical anesthesia we are unconscious. So what’s most permanent-consciousness- is most us.

“One” does not mean we have some visual experience where everything blurs together, where boundaries disappear and things appear as one.

One means everything is in and only in consciousness. 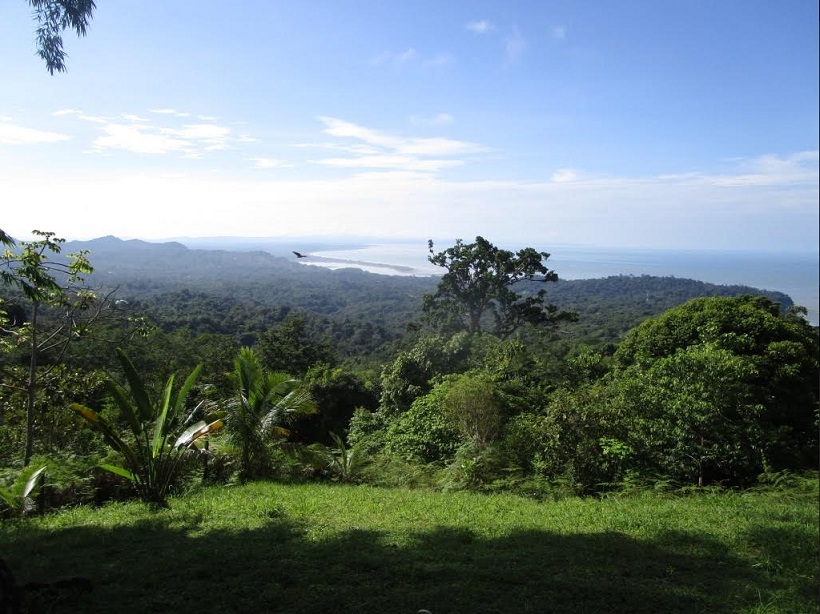 Was This Just An Exercise in Loony Thought Experiments?

We come to Costa Rica to have some special experience. To satisfy some long unfulfilled dream. In doing so, we assume that the happiness that we expect CR to provide is “out there”, out there in Costa Rica. The Advaita approach maintains that happiness has always dwelled WITHIN us, within our basic nature of consciousness. And that’s always calm, serene, contented. (We’re not referring to temporary, zestful happiness here. But to more enduring contentment.) CR role may be to enable us to return to our true nature where happiness resides.

Why is the Dalai Lama so calm, so happy, so thoughtful, compassionate, so committed to peace, so serene? Because he has a great job? Being “Pope” of Tibetan Buddhism?

No. He knows deeply that his core nature is consciousness. And he goes there for his happiness, not to vacations in CR. Although, he’d probably enjoy it.

How can we use this?

Stay here. Visit here. Savor its miraculous wonders. But don’t ignore the miracle that makes CR possible for us: consciousness.

And don’t expect it to give what’s already yours: contentment, peace, and happiness in the core of your being: consciousness.

Tony Johnson is a retired university mental health therapist. He lives and meditates on CR’s wonders in Ojochal. And he can be reached for consultations at: