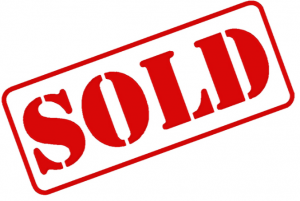 Towards the end of his life, Sigmund Freud apparently decided that it wasn’t sex that subconsciously motivated everybody but the fear of death instead.

[custom_script adID=149]
This was especially true of my 99 year old mother who had survived World War One, the Spanish flu, World War Two, and all the other wars and epidemics that have afflicted the planet subsequent to them and agreed to move with me to Costa Rica to avoid a life of poverty, if not even nursing home confinement, back in the United States of America.

When one of my sisters confronted my mother about her travel plans with the cruel (but obviously true) statement that she was “moving to Costa Rica to die”, my mother strenuously objected, saying: “I am moving to Costa Rica to live, not die!” But it is obvious that wherever we reside on this mortal plane, we will all do both those things (in that same order) whatever our druthers about it.

We chose to relocate to San Vito in Coto Brus, Puntarenas, in the South Central Pacific highlands of Costa Rica sight unseen through some Internet researching. The cost of properties in the Central Valley/San Jose area (as well as San Isidro del General) were beyond our meager means; and the expense of air conditioning in coastal areas was something we wanted to avoid (along with the experience of needing to have air conditioning).

As we found it, in fact, San Vito is located in the Goldilocks zone of Costa Rica at 1,000 meters (that’s 3,000 feet for you American speakers) with beautiful mountains with an International Friendship Park nearby, fresh breezes coming from two different oceans (the Caribbean and the Pacific), and cheap shopping and gasoline just across the border in Panama.

Daytime temperatures are rarely so hot that you have to strip down to your skivvies (like tourists do in more touristy areas) and the nighttimes are so cool that after midnight you sometimes cower in bed under your comforter for warm. Besides all that there is good Italian food and a friendly mix of European, Guaymi Indian, and Tico populations.

[custom_script adID=153]
To deal with their dread of dying, many people hope to go to Paradise after crossing that Great Divide from living called “death” and imagine as their ultimate destination a peaceful place with streams of crystal clear water, flowers growing in constant abundance, brilliant birds singing, and sunlight streaming through misty clouds and towering trees like a benediction direct from God’s eye.

A few, however, are lucky enough in this life to already reside in such a place where my mother is still alive and kicking at age 102 to the chagrin of her oldest daughter who still hides from the forbidding snows back in her forlorn house in Idaho.

Written by VIP Member Hans von Osten who is a resident of San Vito, Costa Rica and the author of the novels, SHIVER: the life and times of a serial marrier and Kansas Pity, both available from Amazon.com. He recently fictionalized moving his mother to Costa Rica in the novella, This Happy Life.

If you are looking for an affordable home, land or a small farm for sale in the cool highlands region of San Vito in the Southern part of Costa Rica near the Panamanian border, please contact our Preferred Realtors Dave Corella and Rolando Melendez using the simple form below: